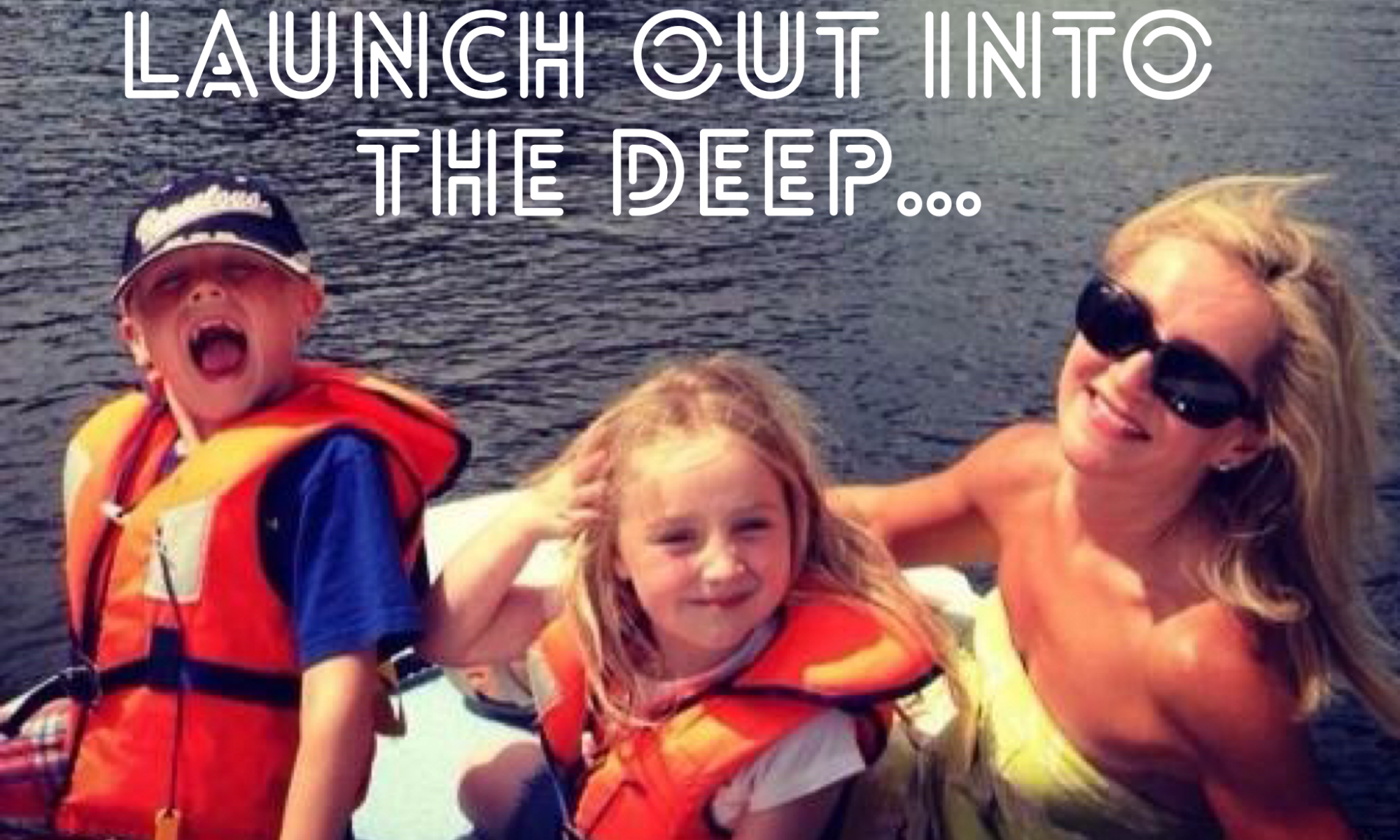 Two Little Boats Washed Up on the Shore…

Get up, Don’t Give up, It’s Time to Fill Up Once more! 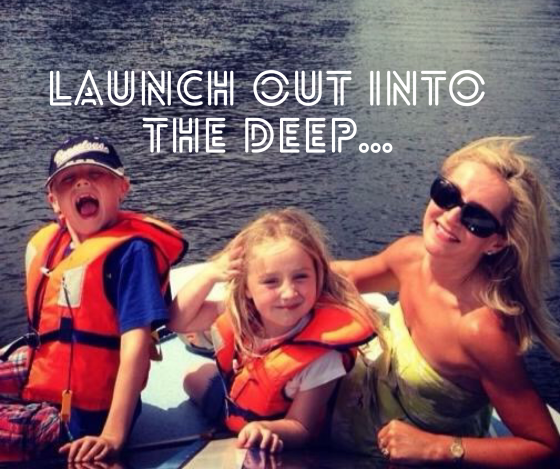 Two unused boats; wasted, empty, useless; just rocking back and forth with the lap of the sea. They’d given up, their mentality was “whatever will be, will be”.

Have you ever been there?

On comes Jesus to the scene. The fishermen had finished and were washing their nets. Do you feel like God has finished with you? Do you feel purposeless, tossed to and fro by circumstances – wasted, empty, used and abused – ready to call it quits and give up? Look up – turn around; you’ve had your head down for too long cleaning nets and reminiscing over past failures and success, the ones you caught and the ones you let slip through the nets. You are like those two boats washed up on the shore – you can’t see Jesus has need of you any more…. but Jesus has need of you; yes you! 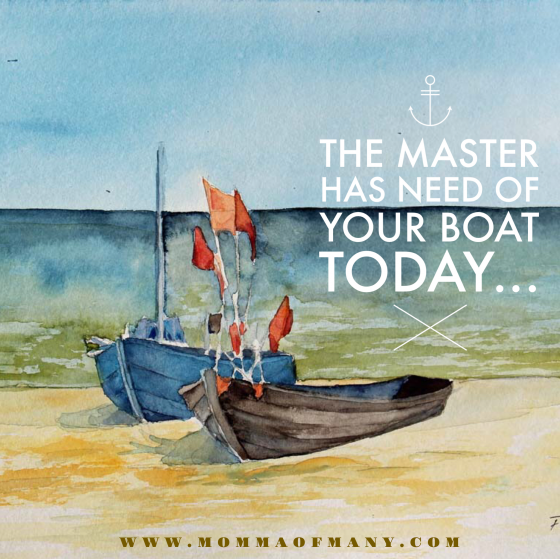 Jesus got into one of the boats. It belonged to a fisherman called Simon. That previously wasted and empty boat became a resting place and platform for Jesus, the creator of the Universe, the Maker of that little boat and the Saviour of the world. The time had come and that little boat would be required by Jesus to teach multitudes from.

Your waste place will become a space filled with God’s favour and grace. Your emptiness will turn to fullness. Your pain will become your gain and your problems will be your platform to proclaim God’s goodness on – so stand strong! 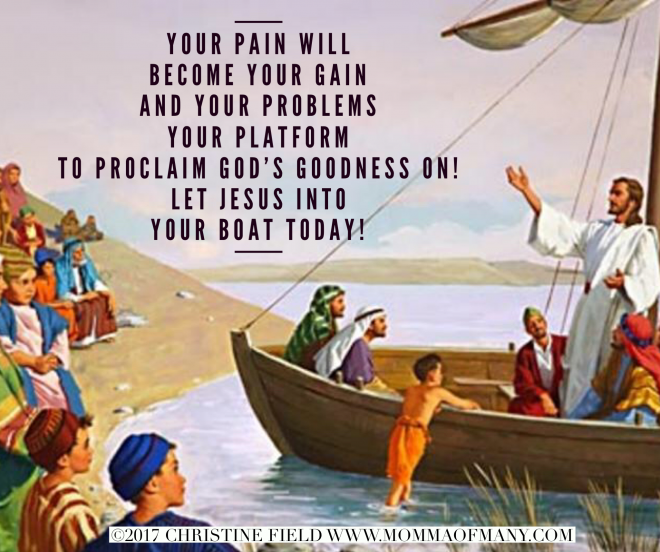 In reckless abandonment will you follow Simon’s lead? Will you surrender your boat, your all, to Jesus so multitudes can benefit and be healed and freed?

After Jesus had finished speaking He turned to Simon – now Jesus was about to meet his need! Jesus knew His pain, He saw his sacrifice, He placed value on his selfless surrender, and in return Simon’s obedience and trust would place a demand on heaven. It wasn’t just Simon’s boat that broke anchor that day but Simon’s faith was about to launch out into the deep and sail away. Simon would be transformed into a follower of Jesus, from that extraordinary encounter with Jesus on an ordinary day, Simon’s life would never be the same again. The winds of change had blown His way.

Simon entrusted into the hands of Jesus more than a boat to borrow but his very livelihood, the source of his life up until that point, he freely gave away.

Jesus said, “Launch out into the deep for a catch…” For the first time Simon was losing himself in the sea of faith and launching into the depths of endless resource, opportunities and supply. There’s no drought or famine in the Kingdom of God and heaven’s rivers of blessing and provision will never run dry. Simon was about to embrace abundant grace. 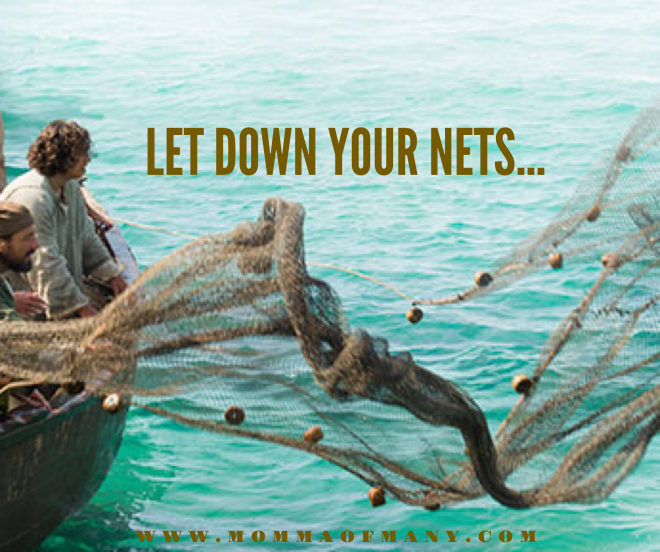 Simon answered Jesus. His response was hopeless yet hopeful, power packed and beautiful, “Master, we have toiled all night and caught nothing, NEVERTHELESS at your Word I will let down the net”. Faith says “only believe and you will receive.” Biblical, Hebraic faith is not airy fairy, wishy washy, it’s more than an ideal or thought process, with God when you believe you achieve! Faith is action – it is living, active and participative – partnering with God for the miracle. Simon’s faith required more than a feeling or words but action. It pushed him beyond his limits and out into the deep; the scary unknown – that is where God calls everyone of His own. It may seem dark. You may confront terror there. It may lead you to breaking point just like those nets – faith is spelt R.I.S.K. – go on if you dare – only the brave few venture there!

As God did for Simon, Jesus will bring you safe to shore with a miracle and so much more… like Simon you won’t be able to keep the blessing to yourself. Living according to God’s Word will cause you to work from a position of rest, not stress, and following the instructions of your King, will result in heaven’s best. Striving will cease and God will release a miracle in your life and fill your boat today. In the same way God’s goodness caused Simon’s nets and boat to overflow with fish – Jesus says afresh: Go again, love again, try again, get up again; there is an overflowing, double portion miracle waiting for you. Remember, faith requires action, when you believe you go! Don’t you know, two-thirds of the name of God is “Go”. You will know God’s power when you put movement to your feet and launch out into the deep! 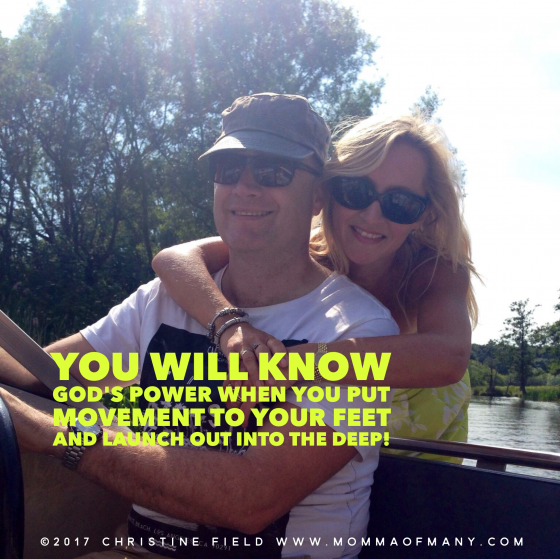 As if that’s not enough…Simon’s miraculous catch of fish didn’t just fill one boat but two…! God is about to show up and show off for you. In the middle of your emptiness – get ready for Kingdom, double portion fullness as God blesses you there will be an overflow. No longer wasted and useless but God will flow through you so you can reach out and bless a multitude too. Divine multiplication in double portion power is working for you.

Two little boats, washed up on the shore… That’s not what Jesus sees – and that’s not you anymore… He sees empty vessels ready, waiting, called! Can you hear the gentle voice of Jesus like the soothing lap of the ocean, say: “I have need of you, yes you today! There were two boats in the story, illustrating my double glory, it is time, double portion time, heaven’s compensation is restoration, double for your trouble, is coming your way!” 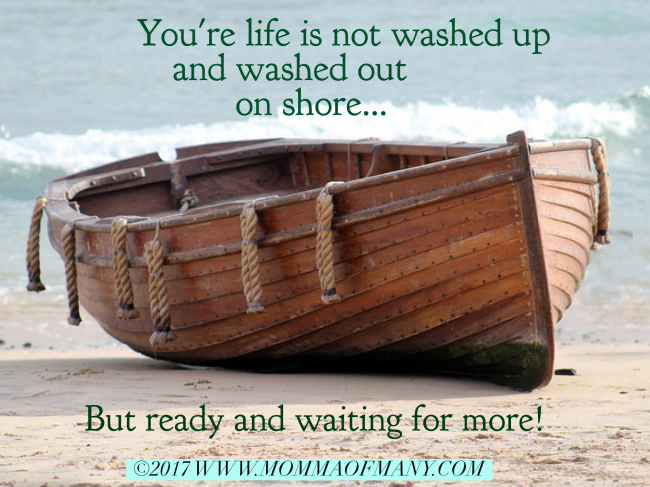 Luke 5:1-11 NLT
[1] “One day as Jesus was preaching on the shore of the Sea of Galilee, a great crowd pressed in on him to listen to the word of God. [2] He noticed two empty boats at the water’s edge, for the fishermen had left them and were washing their nets. [3] Stepping into one of the boats, Jesus asked Simon, its owner, to push it out into the water. So he sat in the boat and taught the crowds from there. [4] When he had finished speaking, he said to Simon, “Now go out where it is deeper, and let down your nets to catch some fish.” [5] “Master,” Simon replied, “we worked hard all last night and didn’t catch a thing. But if you say so, I’ll let the nets down again.” [6] And this time their nets were so full of fish they began to break! [7] A shout for help brought their partners in the other boat, and soon both boats were filled with fish and on the verge of sinking. [8] When Simon Peter realized what had happened, he fell to his knees before Jesus and said, “Oh, Lord, please leave me – I’m such a sinful man.” [9] For he was awestruck by the number of fish they had caught, as were the others with him. [10] His partners, James and John, the sons of Zebedee, were also amazed. Jesus replied to Simon, “Don’t be afraid! From now on you’ll be fishing for people!” [11] And as soon as they landed, they left everything and followed Jesus.”

Father God, I receive your word and double portion for my life today. There is no lack in you – I am open for heaven to pour in and do what only heaven can do. Your Kingdom come, your will be done. You only lead me in triumph so Jesus lead me on. I hear your call, I surrender all, come fill my boat to overflowing and have your way. In Jesus name I pray. Amen.

Believe, receive and achieve today!  For more on the timings and double portion blessing of God, Burst the Dam – it’s double portion time is available through Amazon.

If you liked what you just read - please share with your world and spread the word! Thank you for your caring, sharing heart!

One Reply to “LAUNCH OUT INTO THE DEEP…”